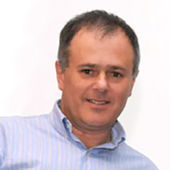 Ehud (Udi) Kauf is a IDF Signal Corps military veteran with
26-years of experience in ‎communications-electronics technology. Udi left the IDF Active Service on December 2008 at the rank of a Lt. Col.

He is currently working as V.P of Israel and European Operations at the US-based CTI Computech International company from 2009 until now.‎

Udi received his Bachelor of Science in Electrical and Computer Engineering from Beer-Sheva’s Ben-Gurion University in Israel in 1991. Later Udi received an Executive MBA Degree from Tel-Aviv University in 2001.

Udi has a large scale program management and R&D  experience in the areas of communication and IT infrastructure, Command and Control applications and systems, Electronic Warfare, software development & hardware development.

Since Udi served as a Liaison Officer to the US Army from 2005-2008, Udi also has a broad knowledge about the US military - C4ISR main programs and roadmap, organization structure & processes.